ONE MAN’S ADVENTURES IN DISPLAY

Rodney P’s Jazz Funk is a TV documentary charting the influence of black American jazz-funk artistes specifically on British youth to ignite the subculture of soul boys and girls in certain cities, although mainly concentrated in inner London and its neighbouring enclaves.

The film focuses on the first generations of the black diaspora who were born in the UK and grew up as teenagers in the 1970s. A stagnant economy and lack of opportunity meant that life in Britain at this time was pretty bleak for them and their white mainly working-class school friends and neighbours. If you were black, blatant racism was rife and a daily hurdle especially in suburbia. Reggae was an outlet for many and the rest had to make a choice as each brought a certain connected lifestyle. Myself I gravitated towards soul-disco and jazz-funk, ushered in by the sophisticated arrangements of Earth Wind and Fire, Stevie Wonder and Herbie Hancock that we found in the tasteful record collections of older siblings.

The influential and legendary radio DJs Greg Edwards and Robbie Vincent, both on independent stations Capital and Radio London, became essential listening (especially in the mid to late Seventies) with their smooth delivery and choice cuts of American black music, some of which we would be hearing for the first time. Their shows were often recorded on cassettes as the vinyl was not widely available and these were the only means to hear the music until dedicated small records shops or market stalls popped up selling imports.

For the London, Essex and Kent crowd several clubs that played this jazz-funk and disco emerged at the now legendary nitespots, along with the DJs such as Chris Hill credited with putting those venues on the map. Rapper Rodney P Edwards’ film mentions the Gold Mine and Lacy Lady in Essex but not Global Village in central London. We get snippets about regular slots at the 100 Club and the hallowed Crackers with George Power (shown interviewed before his death), incidentally a stone’s throw from each other in the West End, both relatively small but attracting a passionate young fashionable crowd. Talking heads including dancers and DJs speak lovingly of their dance-floor adventures and the social importance of a diverse multicultural group of friends who could leave the troubles at the door and get down to the dance. That is, if they had access: problematic club door policies excluded black single males at many high-street venues and it was specific gay clubs that admitted those rejected from the beige established nightlife because of race or attire. 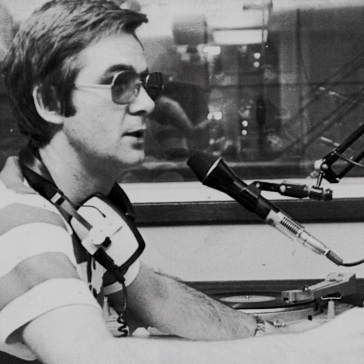 +++
This is the first time that I’ve heard a documentary really acknowledge explicitly the importance of gay culture influencing both the fashion and nightlife of the time, especially amongst a predominately heterosexual crowd. The search for identity was an important factor for these marginalised groups who had few positive role models, were usually invisible from the media or portrayed in negative and damaging stereotypes if seen at all. Fashion doesn’t overshadow the history being told here, as there is a deliberate emphasis on the music and dancing, which I was actually happy to see because dancers really did create energy with their dynamic moves which embraced the athletic skills of Hollywood legends the Nicholas Brothers and tribal essence of hit musical Ipi Tombi. Mostly male shirtless peacocks would part the crowd like the Red Sea in triumphant friendly battles on the dancefloor, inventing and creating styles to the awe of onlookers who had yet to achieve equal finesse.

The birth of DJ culture furnished an accomplished soundtrack of excellent musicians and melodies (no autotune and predominately real working bands) which all helped fuel the fervour, elevating the crowd to an oft-mentioned spiritual realm. The film is peppered with great vintage footage of packed clubs with beaming groups, along with stills of them presenting their threads with pride amid a forest of glorious (a)fros.

Inspired by the scene that exploded with the popularity of disco and the behemoth that was Saturday Night Fever (not mentioned in the film for good reason), British talent formed a first wave of successful bands: Second Image, Beggar and Co, Hi Tension, Central Line, Linx, Light of the World and Imagination (the latter having massive commercial hits). What was interesting and inevitable unfortunately was the lack of investment from record companies and the dismal support from all-important BBC radio and its rigid, mostly white playlists that thwarted longer careers for black talent. The Brit Funk roadshow was short-changed and short-lived despite obviously inspiring future black British artistes who emerged, such as Loose Ends, Jaki Graham, Beverley Knight, Omar, Mica Paris, Soul II Soul, Brand New Heavies etc.

Rodney P includes brief interludes on the arrival of punk and later the New Romantics which, although sharing some ideologies, caused a separation of musical genres, despite a collaboration with Spandau Ballet and Beggar and Co on easily their best soul-boy single, Chant No 1 (I Don’t Need This Pressure On). Jazz-funk continued but had strong competition especially on the radio and new visual medium of MTV (which originally would not play black artists so even Michael Jackson had problems getting aired). By the mid-Eighties hip-hop and house quickly became the new urban sound.

There are some chronological jumps in the film that are confusing and it’s probably too male dominated, however we have been waiting a while for such a history (this is no way a definitive account and doesn’t claim to be) and there was a lot of ground to cover in 60 minutes. It would be impossible to include all the influencers involved (Robbie Vincent should undoubtedly have been interviewed) and personally I was going to punk gigs and discos like a lot of friends and so am not an authority for example on soul-boy events such as Caister weekenders and Purley all-dayers.

Jazz-funk is an important slice of British social culture that has been overlooked despite its role as a building block of a global DJ industry, club culture and social integration. I was glad to find my feet in that scene and to be asked to contribute to the documentary.

❏ Footnote – Recently watching outtakes of the ground-breaking Paris Is Burning documentary, I realised its similarities with Ballroom culture in exploring and pushing dance to the limit with its creativity, flamboyance, fashion and bold sexuality (gay voguing and straight jazz-funk), both scenes generated by mainly black inner-city youth. What raised an eyebrow during Rodney P’s film was when Robert Elms asserted one of the reasons it has taken so long for the Brit jazz-funk era to be recognised was because it was “working-class, black, urban, underground and gay“. I wonder whether he meant the attitude of the US anti Disco Sucks campaign. The British scene was very straight, despite its flamboyant displays, and so that reference felt a little off kilter.

From Jazz Funk & Fusion to Acid Jazz: The History of the UK Jazz Dance Scene, by Mark ‘Snowboy’ Cotgrove (AuthorHouse, 2009, £13.95) – “An essential Introduction to a thrilling scene”

Sounds Like London: 100 Years of Black Music in the Capital, by Lloyd Bradley (Serpent’s Tail, 2013, £50) – “A passionate celebration of not just the music, but the courage, tenacity and guile of the people who made it”